bankHometown saw deposits grow by 286% over the past decade

Oxford, Massachusetts - Oxford headquartered bankHometown led Central Massachusetts-based banks in total deposit growth over the past decade, according to the latest data from the Federal Deposit Insurance Corp.

From March 2010 through September 2019, bankHometown deposits grew by 286% to $682 million, which was before its merger was complete with Millbury Savings Bank.

Worcester’s Cornerstone Bank was second with deposits totaling $890 million over the last 10 years, a 184% rise. 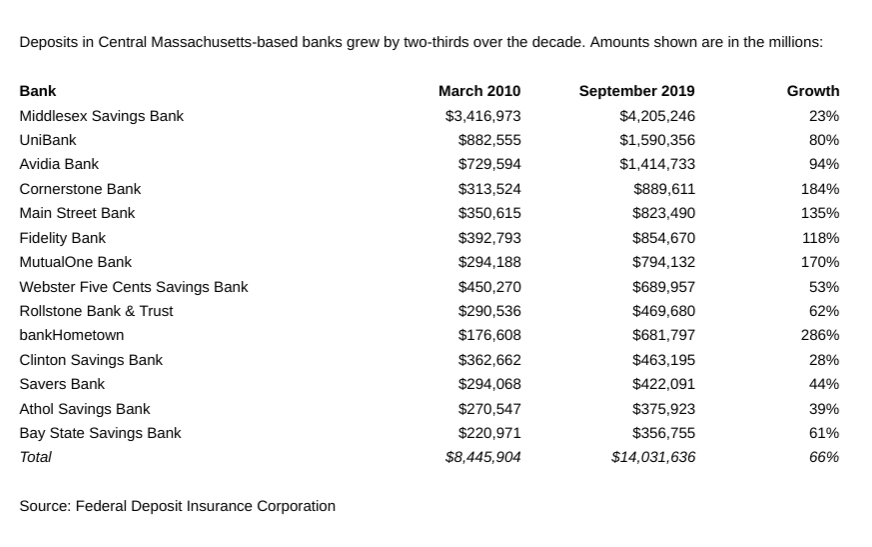 In third place was Mutual One Bank of Framingham with its 170% increase to $794 million.

Leominster-based Fidelity Bank’s 2016 merger with Barre Savings Bank continued to help grow deposits 118% percent in the past decade to $855 million.