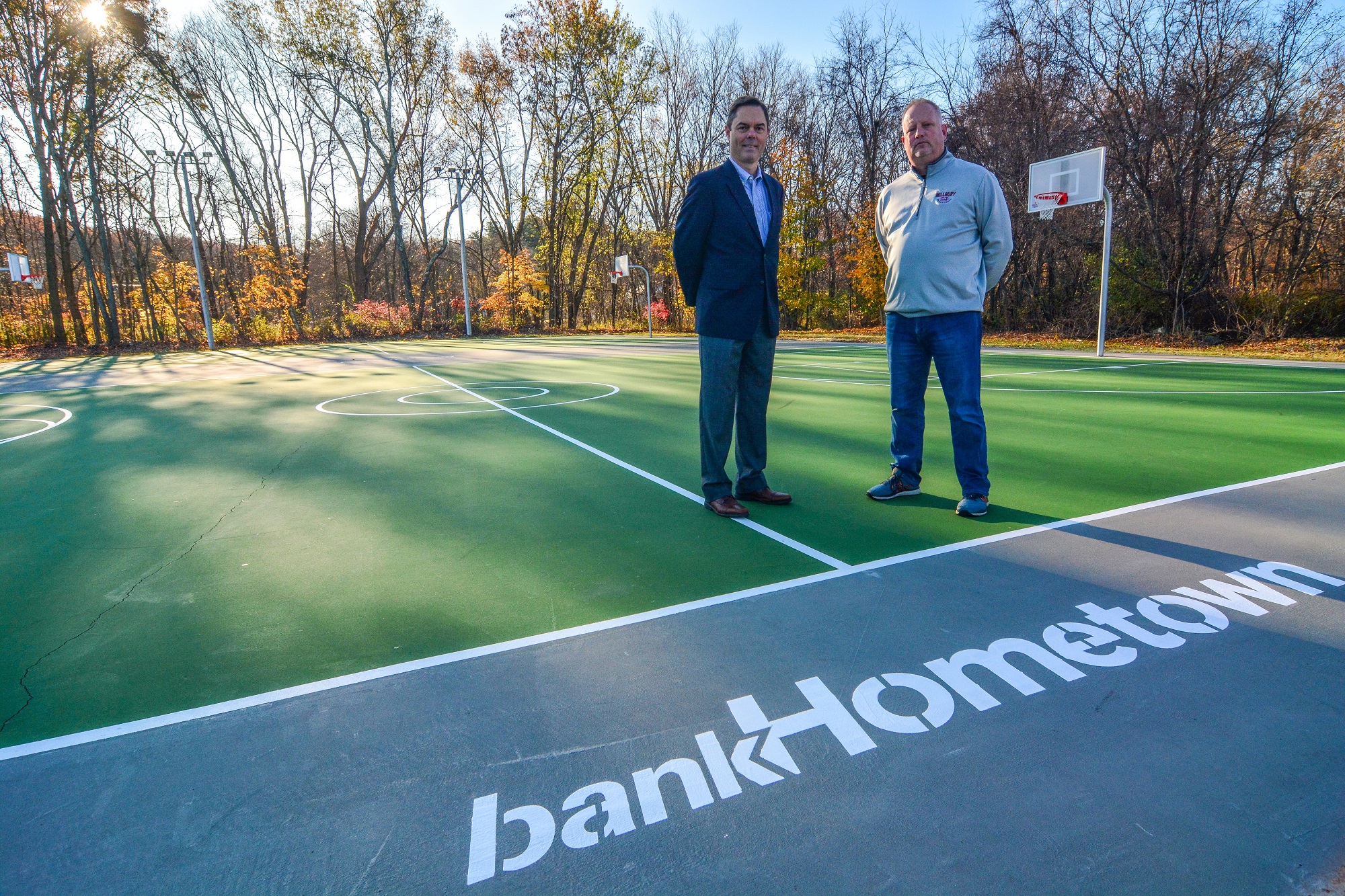 The courts at the park, known as Woolie World, were completely resurfaced, repainted, and equipped with new basketball hoops. While open to the public, the courts are predominantly used by the Millbury Pee Wee Basketball program, which currently serves more than 350 Millbury boys and girls from Kindergarten through grade 8. With the court renovation, the program is looking to expand their offering even further.

“We now hope to be able to offer high school and youth level leagues in the summer as well,” said Bob Ayotte, president of Millbury Pee Wee Basketball. “This renovation will certainly help because, until now, we had no suitable courts to use to operate these leagues.”

“Youth sports are such an important part of improving kids’ physical health as well as building their teamwork and other skills,” said bankHometown president and CEO Robert J. Morton. “We hope these newly renovated courts provide years of enjoyment for the youth of our town.”

bankHometown was founded in 1889 and is headquartered in Oxford, Massachusetts. bankHometown has $1.0 billion in assets and 15 branches located throughout central Massachusetts and northeastern Connecticut. Through its sponsorship and charitable giving program, bankHometown and the Hometown Bank Community Foundation support non-profit organizations and causes throughout Worcester and Windham Counties. In 2018, the bank and foundation donated more than $200,000 to over 110 organizations. For more information, visit bankhometown.com.