JoLisa Chouinard of Clinton joined bankHometown in 2014 and now has been named branch manager of the bank’s Lancaster office. Previously she served as the assistant manager of that location, a role she held for five years. Prior to joining bankHometown, Chouinard was an administrative lead with Reliant Medical Group and a commercial account administrator at Clinton Savings Bank. She is currently a board member of the Clinton Council on Aging and treasurer for Clinton Youth Soccer, and volunteers with many local groups, organizations, and events.

Anthony Marini was named branch manager of the bank’s Sturbridge location, after having served as branch manager of its Oxford home office for more than a year. Marini has 15 years of banking experience and was a store manager for TD Bank prior to joining bankHometown in 2018. He earned his bachelor’s degree in business management from Westfield State College and an associate degree in retail management from Holyoke Community College. 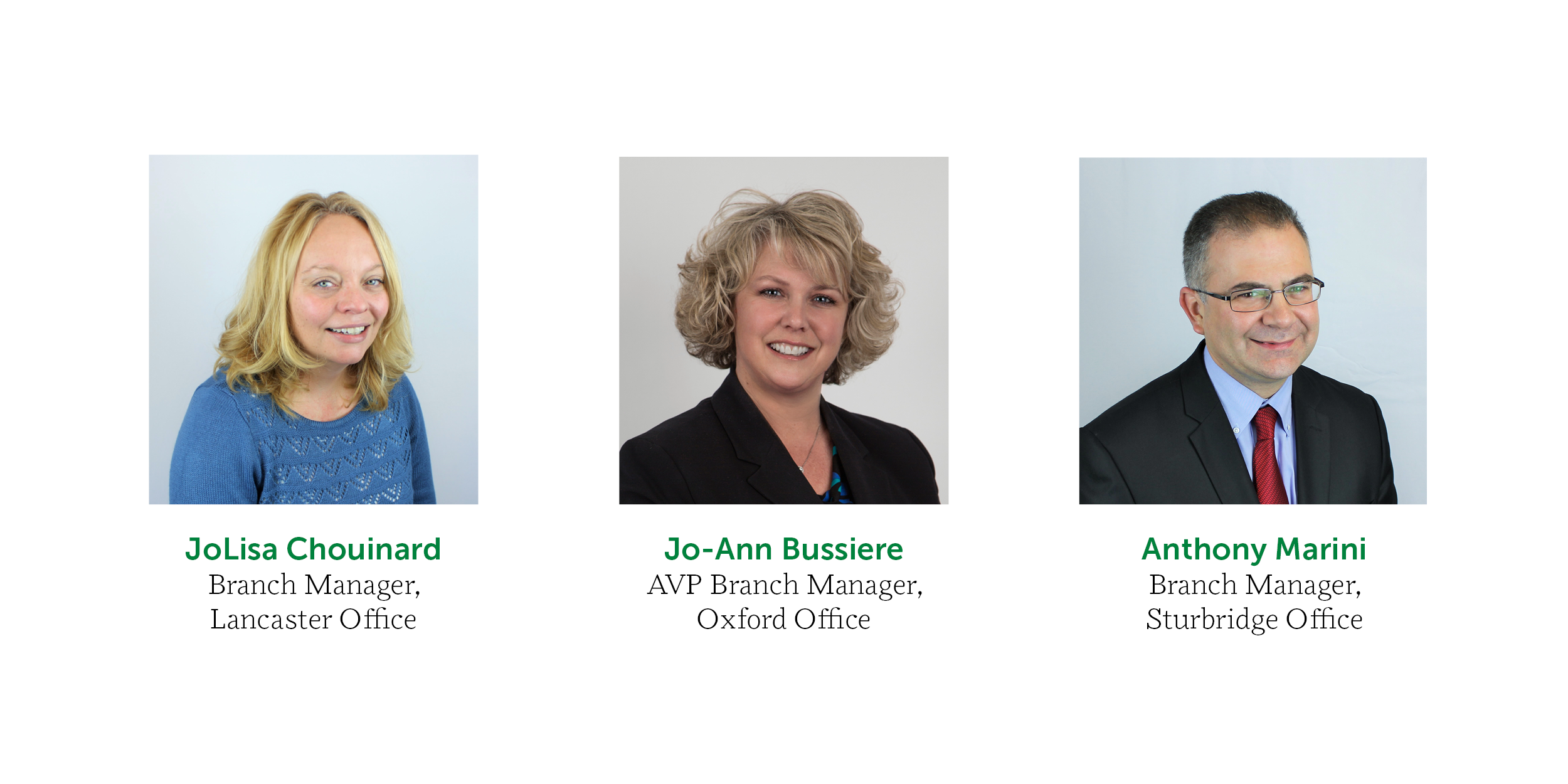