Tarese Lopriore of Webster has been named branch manager of the bank’s offices on Gore Road and Main Street in Webster. She joined bankHometown in 2007 as a teller and over the years was promoted to customer service representative and assistant branch manager. Lopriore is a graduate of Oxford High School and has volunteered on several occasions at the Webster-Dudley Food Share.

Caitlin Lang of Webster has been named assistant branch manager of the two offices. She joined bankHometown in 2017 as a teller and was promoted to personal banker and now assistant branch manager. Prior to joining the bank, she held several positions in the retail industry. She is a graduate of Bartlett High School in Webster. 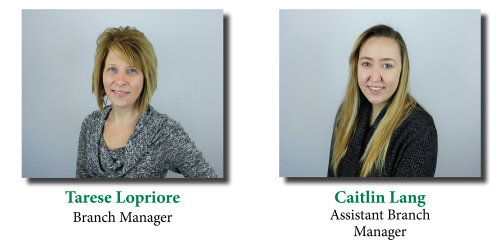